U.S. Debt Exceeds GDP For The First Time Since WW2 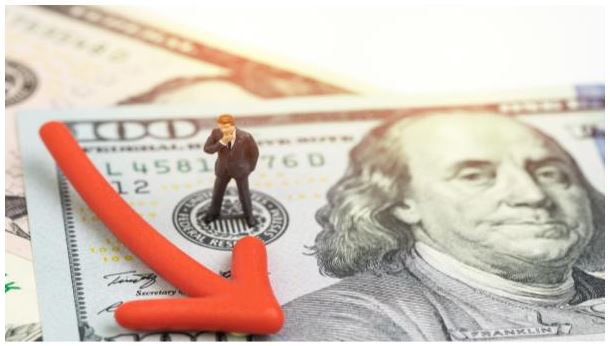 The Warning Bells Are Sounding As U.S. Debt Exceeds GDP For The First Time Single World War 2: Is This Fatal For The Economy And What Does It Mean For You?

If history has taught people anything it is that public debt is a bad thing for an economy. In the aftermath of the Great Recession, some European countries were technically bankrupt when the amount they were owed exceeded the amount they earned – Greece is a text-book example of this. Indeed, Japan has still not recovered since its boom economy of the 1980’s crashed and burned. Subsequent years saw Japan’s public debt exceed an eye-watering 200% of its GDP. So, should the public panic now that the U.S. economy has its canary in the coalmine singing, that the country’s public debt has matched its GDP for the first time since World War 2? How can the U.S. ever hope to see growth and new jobs, higher wages and a bright future in a deep dark hole of debt when the country owes more than it earns and if the U.S. is in a hole should it arguably stop digging? Is this a trip wire that signals catastrophe and can the country ever recover?

On the flip-side, history also tells us that Government spending is not always a bad thing. Lessons from the Great Depression were that a Government can and should spend its way into economic growth. As Roosevelt said “We have nothing to fear but fear itself” and the Government should lead the charge for growth by stimulating the economy with its spending. But are there unintended consequences when that spending is funded by public debt? Not necessarily – as it turns out, economists argue that this time it’s okay. You see it’s not what the U.S. owes that matters – it’s what it spends on what it owes and right now the cost of money, that is interest rates, are so low that the country is spending very little on what it owes.

Is the public purse empty?

In the U.S. there is more than $21 trillion of public debt today which does not include intragovernmental debt held by U.S. Government trust funds, such as Social Security, which totals about $6 trillion. Historically, from 2010 to 2020 the U.S. national public debt more than doubled — from $9 trillion to $21 trillion, however over the same period the repayments on that debt grew only 26%, from $414 billion to $523 billion due to historically low interest rates.

That’s not all, through the 1970s, net interest on national debt was equal to no more than 1.5% of GDP. But the 1980’s told a different story – by 1985 debt repayment costs had blown out to more than 3% of GDP. However, by 2020 net interest was back to 1.6%. So, it seems that it’s all relative. Rather than looking at the debt figure, a more meaningful metric is the cost of that debt. In spite of record debt right now, the cost of that debt today is half its cost 10 years ago, and no worse than that of nearly half a century ago.

So where to from here? The Congressional Budget Office (CBO) projects that U.S. debt-to-GDP will hold between 101% and 107% through to 2031. It appears that “good debt” is not always a bad thing and so long as interest rates (the real cost of that debt) stay low, then the U.S. may just be able to spend its way back to profitable growth as an economy. However, there is no such thing as a free lunch and too much of a good thing can never be good – people should be mindful that the CBO also projects that, unless things change, the U.S. public debt will reach 195% of GDP in 2050. So, whilst the fat lady is not yet singing, she may well soon be tuning up.